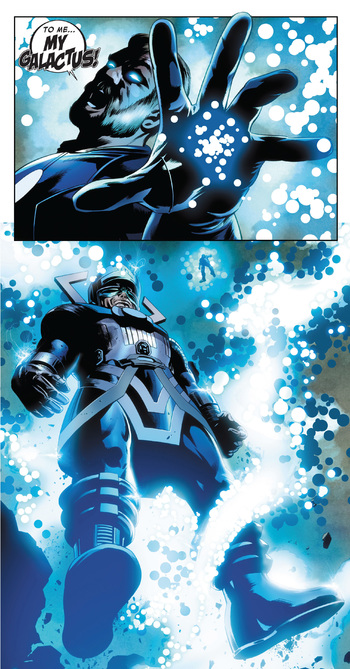 Did he just power-up the Cosmic Entity Planet Eater and make him his herald?!!