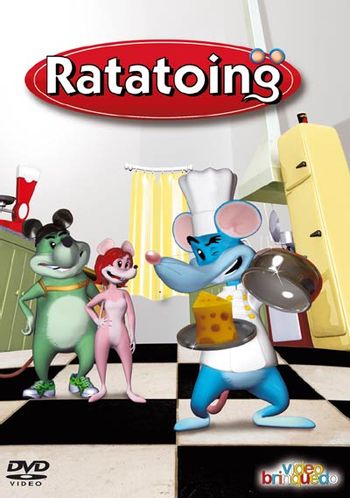 An animated movie from Vídeo Brinquedo.

Marcel Toing is a talking rat living in a world of talking rats, who owns the famous restaurant Ratatoing. After closing time, he and his friends Carol and Greg get the food from other places to use in their restaurant. Meanwhile, a group of villain mice plan to find out the secret of the recipes.

Contrast Ratatouille, since it's a complete and utter knockoff — kind of. The film's plot (such as it is) has little in common with the Pixar film.