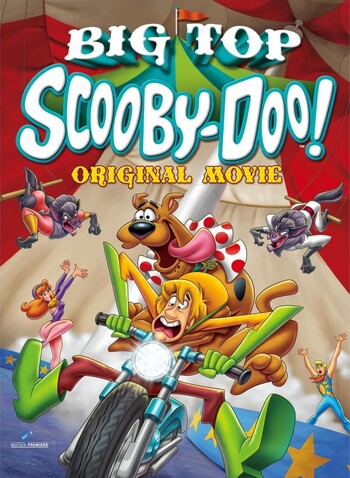 When the Scooby-Doo gang takes a vacation to Atlantic City, they come across a sign for the circus, so Fred insists they visit that night. As it turns out, the circus doesn’t open till the next day, but Fred insists they look around. Eventually, they encounter Marius, the owner of the circus, and a werewolf. Velma eventually scares off the werewolf, and Marius tells the gang that the werewolves have been around everywhere stealing jewelry. The gang agrees to take part in the circus acts while the other members of the circus have been frightened away.

The film provides examples of these tropes: