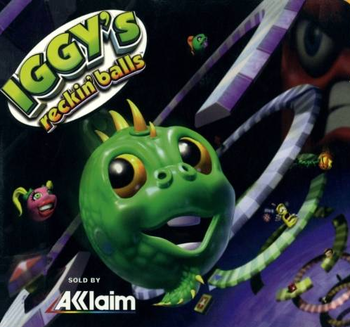 A very unorthodox Racing Game for the Nintendo 64 developed by Iguana Entertainment and published by Acclaim in 1998.
Advertisement:

The game stars a cast of balls with faces and a grappling arm, who must climb their way up to the top of various towers... for the honor of getting to be the one to destroy them. Along the way they encounter a wide variety of obstacles, enemies, platforming challenges, and of course, the other racers.