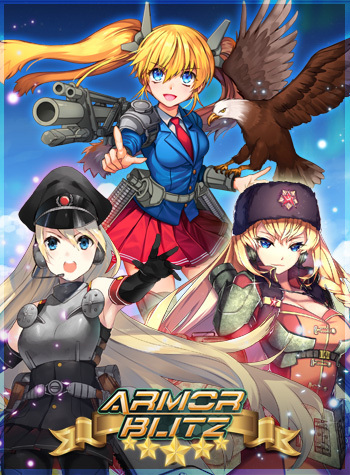 Armor Blitz is a free-to-play mobile and browser game developed by Hainet. The gameplay consists of a mixture of Card Collection and tug-of-war lane based combat. In the game, the player takes the role of the General and is assigned to retake the continent of Factoria from the forces of the Corruption with your army of Moe Anthropomorphic tank girls. Each girl represents a tank from the WWI to Cold war era. The game is single player, featuring a full story mode as well as individual relationship stories for certain characters.

The game was released in 2016 and is accessible on Android with the NSFW web version available on Nutaku.