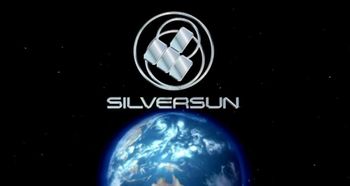 Star Runner leaves on its ninety year journey to the new world. On board, an elite young crew, and 550 settlers frozen in suspended animation.
Advertisement:

Silversun is a 2004 children/teenage sci-fi program produced for the Australian Broadcasting Corporation. It depicts an "elite young crew" who are travelling on a 90-year journey to a habitable planet referred to as Silversun or "the new world." It was cancelled after the cliffhanger final episode of its second season.