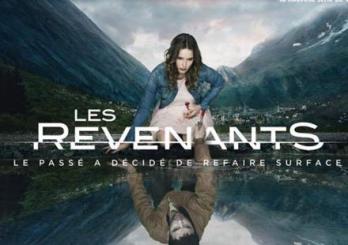 You wish you could see your dead loved ones once again ? Think twice.
"You know, for people who speak of loved ones getting life after death all day long, I would have thought that you would AT LEAST plan SOMETHING in case it happened. Just saying."
—Jérôme
Advertisement:

Also known as "The Returned".

A 2012 mystery/esoteric french horror drama soap-opera TV series created by Fabrice Gobert for Canal+. It is a loose adaptation of the 2004 film of the same name by Robin Campillo, though the series expands its original idea and plans to create a long-run mystery on its basic premise. It proved quite a success for audience and critics alike (in fact it was the most watched original fiction created by Canal+ of all time), winning an international Emmy, and declared best 2013 drama by the Guardian (beating out Breaking Bad, mind you).

The show is available in the UK on Channel 4, and in the USA on Sundance Channel. Its second season debuted in France in late-September 2015, and then started airing in the US and UK shortly after its broadcast in France ended.

The series follows the lives of five people who have come back to life for no apparent reason, years after their death. They have no memories of how they died but all reappeared at the exact place where they passed away, and all of them lost their lives in brutal circumstances.

It is set in a banal yet unsettling provincial (and unnamed) mountain town. The TV series follows their strange new lives and as well as the reactions of their relatives, who react in varying ways to their loved ones' unexpected return. Gradually, what at first looks like a miracle slowly proves to be quite a emotional hardship to all involved...

... and then things start getting really weird. As the series progresses, dead people coming back to life is not the only supernatural problem this town and its inhabitants have to deal with.

The soundtrack is performed by the Scottish Post-Rock band Mogwai.

A TV series that debuted in March, 2014 on ABC, Resurrection, which is based off a recent novel

with the same name and a very similar premise, is being compared in the media almost universally with this series.

Paul Abbott, the British creator of Shameless, was at one point working on a remake of the series for Britain's Channel Four, but it moved to a different production company, and the show eventually aired on the US channel A&E. Carlton Cuse, formerly of Lost, produced the remake, which ultimately only lasted a single season.

Warning: We try our best to avoid spoilers, but due to the sheer volume of plot twists, it's very difficult. Beware.