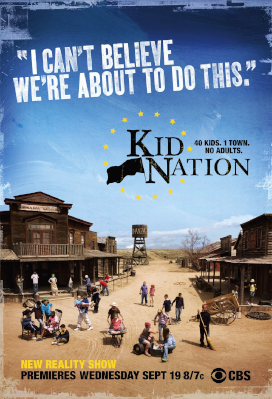 Yeah. Me neither, man.
2007 CBS Reality TV show where 40 kids aged 8-15 tried to create a functioning society by themselves. Aside from the host intervening by presenting them challenges, there was little interaction between the participants and any adults. The show was very controversial even before it premiered on TV (primarily allegations of what appeared to be child labor), and was ultimately canned on May 14, 2008.
Advertisement:

It didn't really help that in anticipation of a Season 2, the Grand Finale destroyed the journal and job list so the next group of kids would have to start from scratch (rather than, say, keeping the town and journal as a testament to history).

A similar program, which provoked similar complaints, was produced in the UK in 2009 for Channel 4: Boys and Girls Alone.