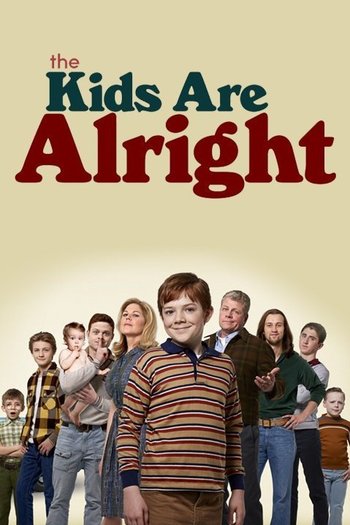 The Kids Are Alright is a semi-autobiographical American Dom Com that premiered on ABC in 2018. It was inspired by the childhood of creator Tim Doyle, who also acts as the show's narrator.

Mike and Peggy Cleary are a working class Irish-American couple raising their eight sons (with a 20 year gap between the eldest and youngest) in suburban Los Angeles during the 1970s. The show is primarily told from the perspective of Timmy, the fifth son, as he tries to figure out how to navigate adolescence and his large and loud family.