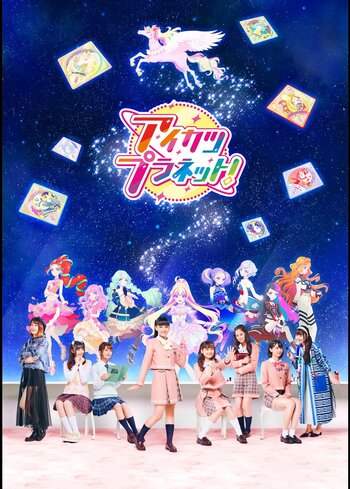 Things are a little different this time around, but it's still Aikatsu!
Aikatsu Planet! is the fourth major installment of the Aikatsu! franchise, and in a complete change of pace from previous installments, a blended tokusatsu and 3D series produced by BN Pictures in cooperation with Tohokushinsha Film Corporation. This series followed the conclusion of the franchise crossover Aikatsu on Parade!! in early 2021.