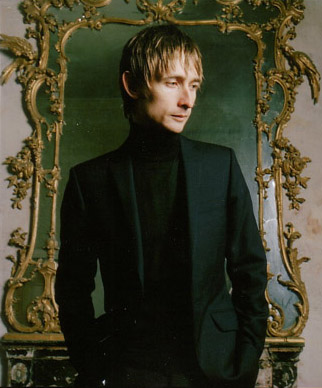 The first incarnation of the band dates from 1989 when Hannon and two other musicians had released an album called Fanfare for the Comic Muse. The album flopped and the band split up. In 1993 Hannon started over with what is considered the official first Divine Comedy album, Liberation. Though sales were modest in Britain, Hannon's quirky, intellectual and gently self-ironic style earned him a fair bit of success abroad, especially in France. This early fame across the Channel resulted in Hannon working on and off throughout the following years for the French music newsmagazine Les Inrockuptibles, conducting interviews of such singers as Jarvis Cocker and Björk.

Having received confirmation of his musical abilities, Hannon released Promenade in 1994, an album that references Michael Nyman and is reminiscent of the films of Peter Greenaway; even more than Liberation, it is replete with artistic and literary allusions (the song "The Booklovers" is simply a long list of writers' names, while the song "When the Lights go out all over Europe" uses elements of the soundtrack from a Godard film).

During this phase Hannon cultivated the persona of a dapper dandy, appearing in public clad in impeccable suits. He toured Europe alongside Tori Amos and, with Björk's encouragements, released Casanova. The album was his greatest commercial success to date, and was followed by the equally successful A Short Album about Love and Fin de Siècle, the latter gaining a successful single in the form of "National Express".

The Divine Comedy attempted to become more than just Neil Hannon and interchangeable backup musicians with the more mainstream album Regeneration in 2001, but the experience only convinced Hannon that he could only express his vision by retaining exclusive authorship and control. Absent Friends was released in 2004, Victory for the Comic Muse (a wink to the band's first album) in 2007 and The Duckworth Lewis Method (a cricket-themed collaboration with Pugwash's Thomas Walsh) in 2009. Hannon also provided vocals for the soundtrack releases for the Doctor Who 2005 and 2006 Christmas special songs "Song for Ten" and "Love Don't Roam", and the soundtrack of the movie adaptation of The Hitchhiker's Guide to the Galaxy.

The tenth studio album, Bang Goes the Knighthood, was released in 2010, along with a second Duckworth Lewis Method album Sticky Wickets, in 2013. 2016 saw the release of Foreverland, their eleventh studio album, whilst their twelfth, the New Sound Album Office Politics, arrived in 2019.

The Divine Comedy provides examples of: