Literature / The Tenets of Futilism 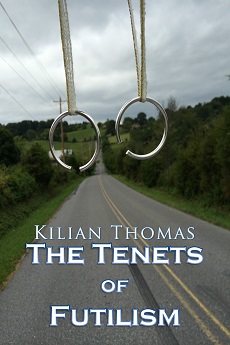 The Tenets of Futilism is a 2014 literary novel. A day after the Mayan apocalypse scare, Sasha Collins lands a job as a senator's secretary. It's cut short when she and a night cleaner named Joe find the senator's body hanging above his desk. Curious as to why he killed himself, Sasha decides to take the senator's journal. It leads her to uncovering a government conspiracy bent on dumbing down the American citizenry. Fearing retaliation for knowing too much, Sasha and Joe flee to the latter's cultist family for safety. That arrangement inevitably goes awry.