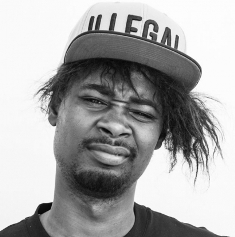 Put a cup up, put a four up in it, sixes on that Chevy with some tropes in it: