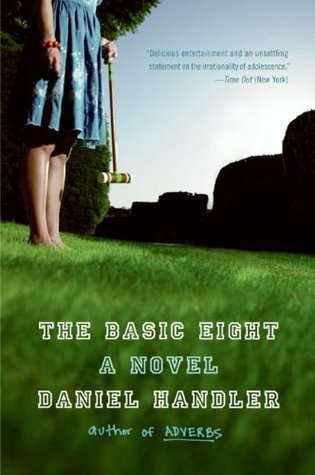 The Basic Eight is a 1998 novel by Daniel Handler, better known as Lemony Snicket. It is told as the journal of one Flannery Culp, a highly intelligent and sarcastic teenage girl doing a life sentence in prison for murder. The premise is that she is editing her own journal from the months leading up to the murder, so that it can be published as a true-crime book.

The novel itself centres on Flannery and her group of friends, known collectively as "The Basic Eight". They are:

Flan's victim is the boy with whom she was madly in love, Adam State. The novel opens with her love letters to him, and it goes downhill from there.

Noted for being witty and insightful, this novel mocks teenage fiction while simultaneously being the very best of it.