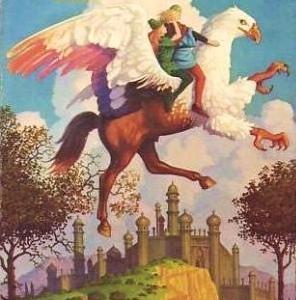 In the stories, Harold Shea and other characters visit various universes from mythology and fiction. Each story has one primary setting that is visited, although some visit other settings briefly. The primary setting for each story is: Norse Mythology, The Faerie Queene, Ludovico Ariosto's epic poem Orlando Furioso, The Kalevala, Irish mythology, Orlando Furioso (again), Oz, Journey to the West, Don Quixote, The Aeneid, The Tale of Igor's Campaign, Baital Pachisi, John Carter of Mars, The Tempest, and finally Samuel Taylor Coleridge's poem Kubla Khan.

The original five stories from the forties and fifties were collected in three volumes:

Some of the later stories were collected in: