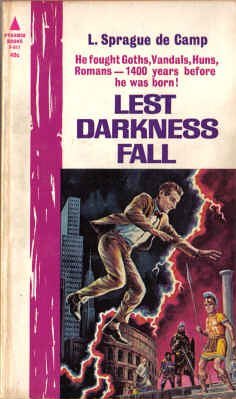 Martin Padway is struck by lightning in 1938 and finds himself in sixth-century Rome, on the verge of its ruin at Justinian's hands and the onset of the Dark Ages. He may be able to save civilization, if he can only get the ruling Goths to grasp the value of his innovations...
Advertisement:

Tropes in Lest Darkness Fall:

Tropes in "The Apotheosis of Martin Padway"