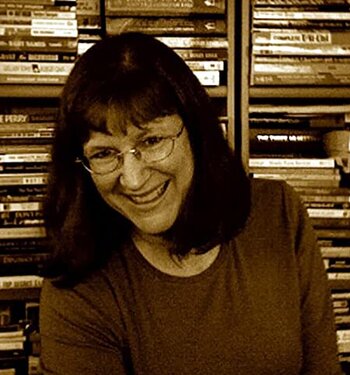 Holly Lisle (1960–) is an American fantasy author. Her first novel, Fire in the Mists, was chosen as the best first novel of the year by the Baltimore SF Society in 1992. Another of her early works, the Glenraven series, was co-authored by Marion Zimmer Bradley, and was among Bradley's last works—Bradley died shortly after the series was finished.

Lisle has written over 30 novels, including several Paranormal Romances, and has also published several non-fiction books about writing. Other authors she has collaborated with include Mercedes Lackey and S. M. Stirling. She is one of only a handful of authors who have been authorized to write stories in the Harold Shea series.