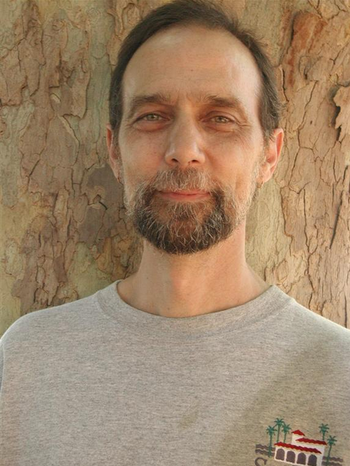 A Canadian fantasy writer, Charles de Lint has published 60 books, both novels and short story collections, and is widely regarded as a master writer. His work tends to straddle the line between urban fantasy and mythic literature. He is also a Celtic folk musician, writing original music.

Beginning with the book The Dreaming Place in 1990, De Lint has continually written what is known as the Newford series, a set of loosely connected novels and short stories, all written about characters in the fictional city of Newford.

This author provides examples of: