Film / Tammy and the T-Rex 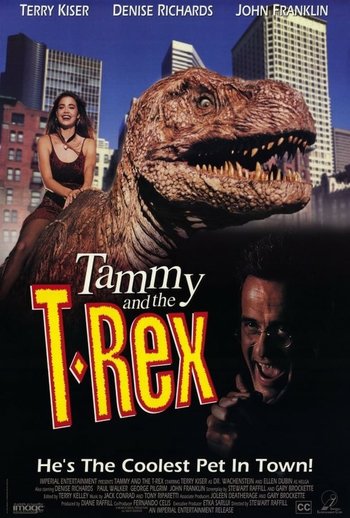 Tammy and the T-Rex goes like this; so an evil scientist implants the brain of Michael, a murdered high school student, in an animatronic Tyrannosaurus Rex. He escapes, wreaks vengeance on his high school tormentors and is reunited with his sweetheart Tammy. Together, the couple try to elude the mad scientist and the police and find a more appropriate vessel for Michael's brain.

This 1994 sci-fi/comedy film is notable for its early appearances of Denise Richards and the late Paul Walker as the main characters. Terry Kiser, better known as Bernie, appears as Dr. Wachenstein.

Tammy and the T-Rex provides examples of: