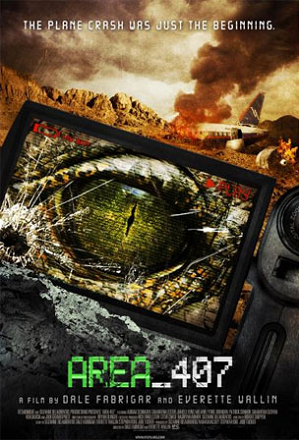 The film opens with two teenagers flying from New York to Los Angeles on New Year's Eve. Their nightmare begins when their plane hits extreme turbulence mid-flight. The relentless weather attack causes panic and terror amongst the passengers until the plane ultimately crashes in a remote government testing area. The handful of survivors from the crash, bloody and disoriented, are then insistently pursued in the darkness by unknown predators that are part of the government's top-secret Mesa Experiment.

A sequel, Area 407: Part II is in production. On top of dinosaurs, the film will also feature zombified soldiers. From what is seen in the trailer, it will not be another Found Footage film.