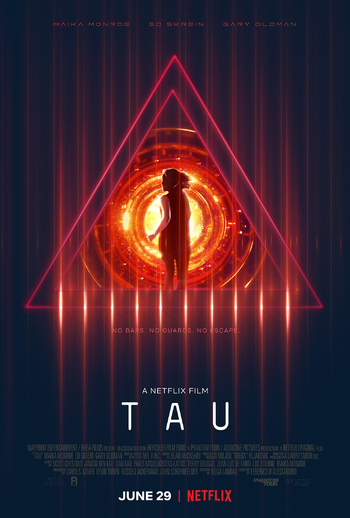 Julia (Maika Monroe) is a streetsmart girl who is kidnapped to partake in an experiment by a tech genius called Alex. Stuck in his house that is controlled by an AI called TAU, Julia thinks of a way to run, while befriending said AI, which may be just as much of a prisoner as she is.