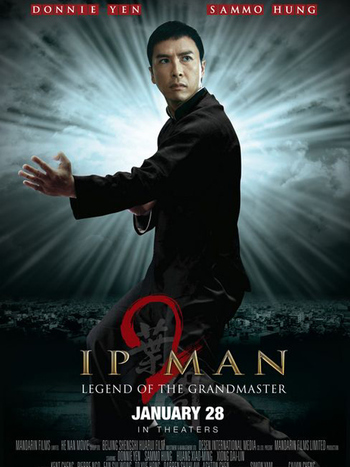 Ip Man 2, also known as Ip Man 2: Legend of the Grandmaster, is a 2010 Hong Kong martial arts movie directed by Wilson Yip. It is the sequel to Ip Man and the second film in the Ip Man film series, starring Donnie Yen in the title role.

The film focuses on Ip Man's attempt to open a martial arts school and propagate Wing Chun in Hong Kong after World War II. In doing so, he finds opposition from other martial arts masters such as Master Hung Chun-Nam (Sammo Hung), as well as the British.