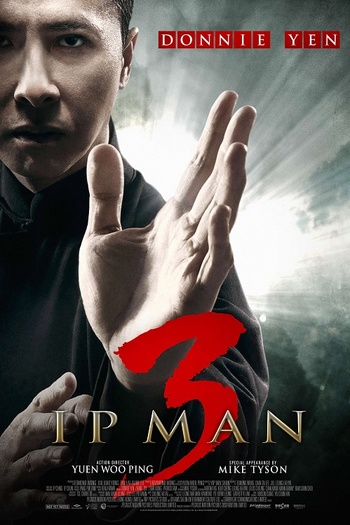 Ip Man 3 is a 2015 Hong Kong martial arts movie directed by Wilson Yip. It is the second sequel to Ip Man and the third film in the Ip Man film series, with Donnie Yen returning in the title role.

In 1959, when a band of brutal Triads gangsters led by Ma King-sang and working for a crooked property developer (Mike Tyson) make a play to take over Hong Kong, Master Ip is forced to take a stand.