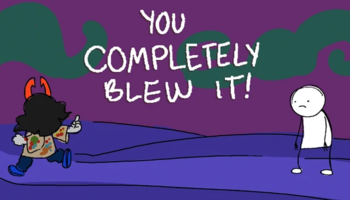 WARNING: Nearly every example is a spoiler. Read at your own risk! Also, many of these cases involve games with Multiple Endings, where a few of them are bad, but others are good.