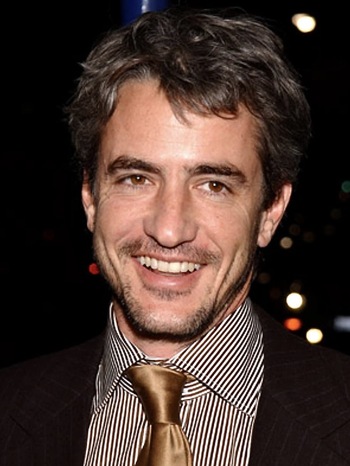 Dermot Mulroney (born October 31, 1963 in Alexandra, Virginia) is an American actor, musician, and voice actor best known for his supporting roles in such films and TV series as My Best Friend's Wedding, About Schmidt, Point of No Return, Friends, and New Girl.

He was married to actress Catherine Keener, is currently married to producer Tharita Cesaroni and has three children, including a son with Keener and two daughters with Cesaroni.

Tropes associated with Dermot Mulroney include: