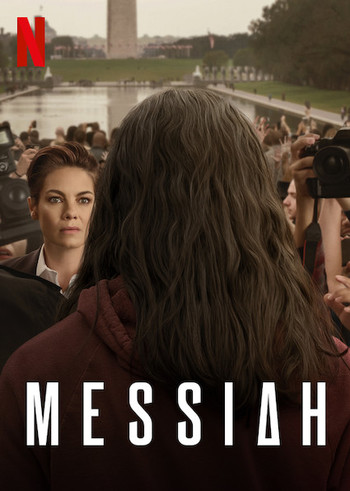 Messiah is a 2020 Netflix thriller series created by Michael Petroni and released on January 1, 2020.

The series follows a man (Mehdi Dehbi) who appears in Damascus in its Darkest Hour, preaching in the street that God will deliver the city from Daesh. When a sandstorm seemingly vindicates the man, he attracts a following of Syrian-Palestinians who proceed to follow him and give him the nickname Al-Masih. Al Masih's further travels see him draw an increased following as he performs various apparent miracles, such as saving Felix Iguero's (John Ortiz) church from a tornado in Texas.

In March 2020, Netflix decided to end the show.