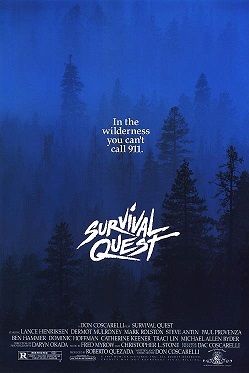 Survival Quest is a group of several people from different backgrounds who learn outdoor skills and to enjoy themselves. Meanwhile, the Blue Legion, a paramilitary camp group led by Jake, are in the same area and terrorize them. But then Raider, one of the soldiers, gets different ideas and wants to kill them.

The tropes in this film include: