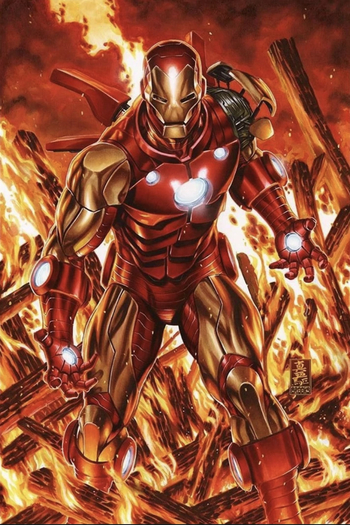 After years of drastic shifts in his life, Tony Stark has decided to streamline his life. He wants to get to the core of who Iron Man really is, so he's going back to basics. Donning some retro armor and accompanied by Patsy Walker, Tony's personal crisis will have to wait after a dangerous threat emerges. One whose god complex isn't too dissimilar from Tony's.

This series should not be confused with Iron Man 2020 (Event), which it follows on from.