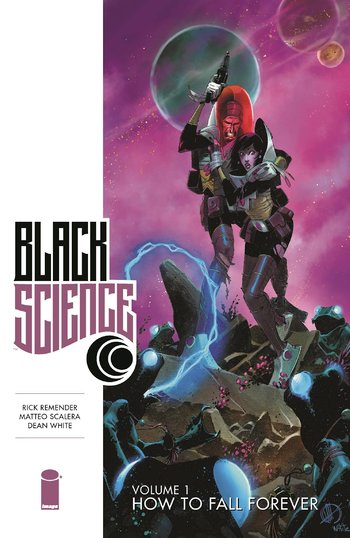 Black Science is an completed series written by Rick Remender and drawn by Matteo Scalera. It launched in 2013.

Grant McKay, former member of the Anarchistic Order of Scientists, has finally done the impossible: He has deciphered black science and punched through the barriers of reality. His invention, the pillar, allows him and his fellow Dimensionauts to leap between worlds at will, taking anything they want for the benefit of their home reality.

At least, that was the plan. But when one of Grant's team members sabotages the pillar, causing it to jump to random locations at random times, the group is left stranded in and struggles to survive on, increasingly bizarre and nightmarish worlds.