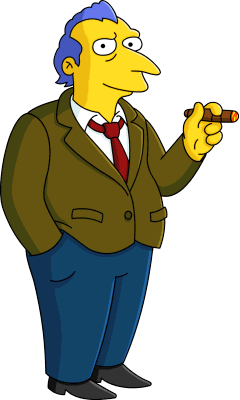 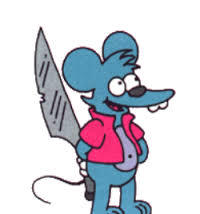 The psychotic mouse member of the cartoon duo, a clear expy-cum-parody of Jerry at his most Jerkass. He is usually the antagonist, and brutally slaughters Scratchy in the show, no matter how little Scratchy may have done to deserve it. 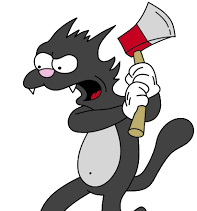 The cat member of the Tom and Jerry parodying Show Within a Show, Scratchy is almost never a bad person in his depictions, but invariably suffers nightmarish torment at hands of Itchy.

Voiced by Homer Simpson, the writers' attempt at designing a new character to boost interest in the Itchy & Scratchy Show, who became loathed by the fanbase and was promptly removed with all speed.