Characters from Space Battleship Yamato 2202. Much like its predecessor, this page will deal with characters introduced and/or created specifically for this series, or older characters who have changed or expanded characterization in this series.

Rising from near-annihilation just a mere three years prior, the people of Earth are well on the road to recovery, thanks to the return of the Yamato and the Cosmo Reverse. Its military arm in particular is keen on flexing its military muscle, thanks to a new space fleet armed almost exclusively with Wave Motion-based weaponry. It is now military allies with Gamillas. 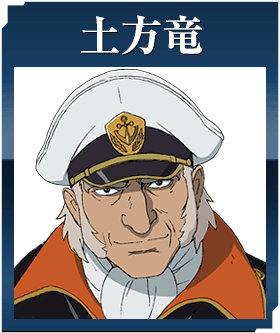 A former commander of the Cosmo Navy, Captain Hijikata was a veteran of the Gamillas-Earth war, and a close friend of the late Captain Okita. His opposition to the Earth Federation rebuilding its fleet with Wave Motion-based tech made him many enemies, which is why he was quietly "appointed" as the commander of the Earth forces garrisoned there on the 11th planet of the Solar system. 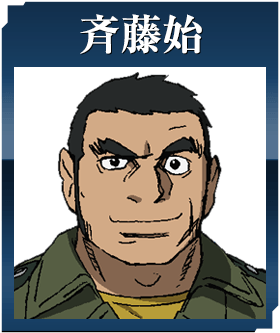 The rough and tumble commander of the Space Cavalry 5th Regiment, assigned to the 11th planet of the Sol system. A big bruiser of a marine, Saito is no stranger to the brutal nature of combat, though he surprisingly thoughtful and soft-hearted out of battle. 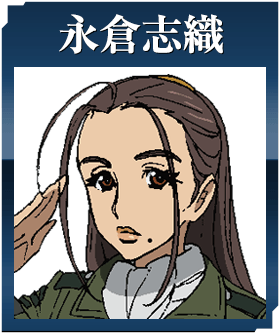 The only female member of Saito's marines, she can rumble as good, if not better, than many of her fellow marines. Somewhat inwardly resentful that the other treat her as their regiment's flower, to be protected at all costs. 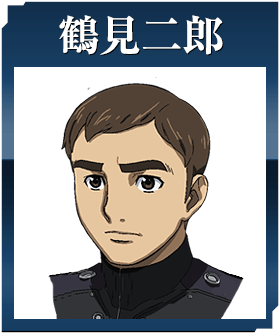 A new recruit under Yamamoto's tutelage, he joins his commander and the rest of the ex-Yamato Air Corps in transferring to the Yamato for its journey to Telezart. 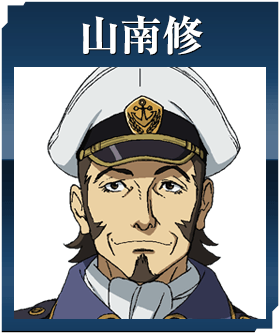 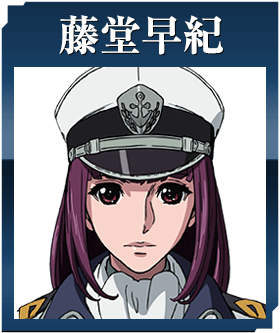 Commander-in-chief Todou's only daughter, now commander of the Ginga. She takes her command very seriously, and comes off strict and uncompromising. 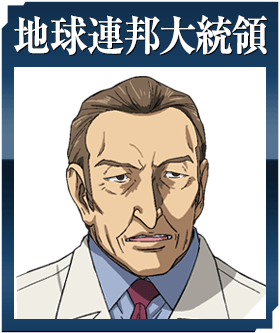 The President of Earth and its colonies, he is a moderate politician who is nonetheless willing to make the necessary compromises if it ensures the security of his people. 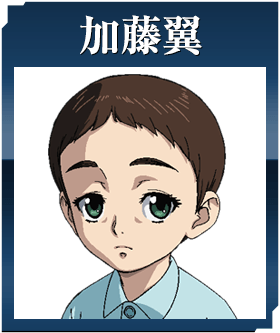 Saburo and Makoto's three-year old son, who was born shortly after the Yamato's return. He suffers from Planet Bombing syndrome due to Makoto's exposure to the initial bombardment of Earth by Gamillas, and is very sickly as a result. 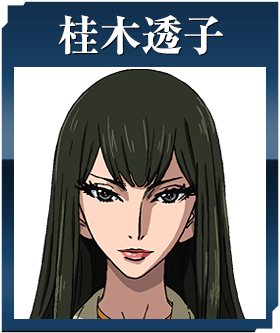 A female archeologist that boards the Yamato along with the refugees after Gatlantis attacked the 11th planet of the Sol system. In truth she's a Gatlantis spy, and what's more a body clone of Sabera herself.

Despite its losses from the war with Earth, Gamillas is still a galactic power to be reckoned with. It has entered into a military alliance with its former enemy, to help rebuild its military infrastructure and quickly rebuild the ships it lost in the war. 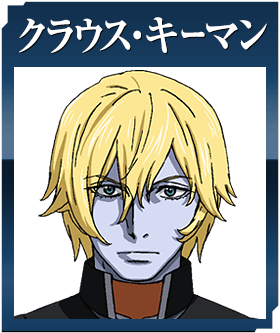 A Gamillas military intelligence agent attached to its Earth Embassy, he joins the Yamato on its journey to Telezart. He is a skilled pilot, and knows more than he lets on about both the Yamato and the politics back home. 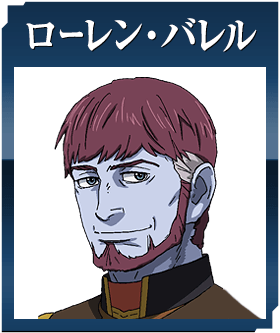 The Gamillas ambassador to Earth. A veteran of the Earth-Gamillas war, Loren is very invested in making sure that the alliance between his planet and Earth stays strong. Despite looking like a mild-mannered civil servant, he is quite capable of using strong-arm tactics to get what he wants. 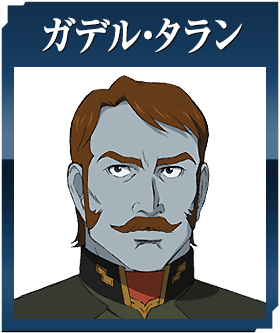 A former chief of staff of the Garmillas planetary defense force, Gader is a trusted Dessler loyalist, much like his older brother Velte. He is Dessler's de-facto second in command, and leads the fleet of Gamillas deserters that serves as the Neue Deusular's escort. 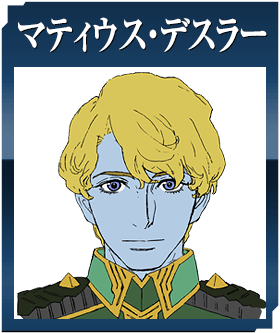 Abelt's older brother, and Klaus' father. A soldier with many talents, who was also well-loved by both the public and the military, he died relatively young. His death, or rather, the responsibilities and legacy he leaves behind, turns Abelt into the ambitious and expansionist ruler he became. 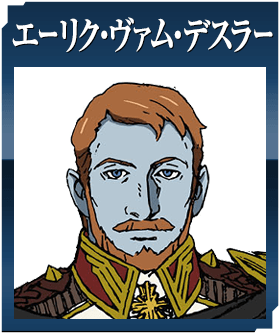 Abeldt's uncle, and the head of the Dessler family when he was younger. Started out as merely the leader of a small dukedom, he and his family gradually expanded its power and united the planet into its rule. This would lay the foundation that the Great Gamillas Empire would be built on.

Domain of the goddess Teresa, Telezart is an otherwise unremarkable-looking planet that still birthed the Precursors to all humanoid life in the universe. It is likewise mostly uninhabited, except for an order of monks who built their monastery there, and seek to emulate Teresa and eventually transcend their physical forms like the goddess they worship. 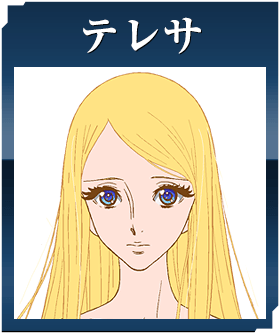 The amalgamated consciousness of her race once they transcended their physical forms, Teresa is a higher-dimensional being worshiped as a goddess throughout the universe. It is She that called out to the Yamato and its crew to make the journey to Telezart, where she would give them the clues needed to defeat Gatlantis once and for all.