30 years ago, the main branch of the Brotherhood on the West Coast sent a force of soldiers to scout Washington for supplies and bring the Midwestern branch of the Brotherhood (from Tactics) back into the fold. After failing to find the Midwestern Brotherhood they continued on to Washington. Finding the area overrun with slavers, raiders and mutants, and finding a large store of pre-war technology in the ruins of the Pentagon, the group set down permanent roots, forming a base called The Citadel (in the ruins of the Pentagon), and began efforts to scour the region of hostiles and protect the civilians. 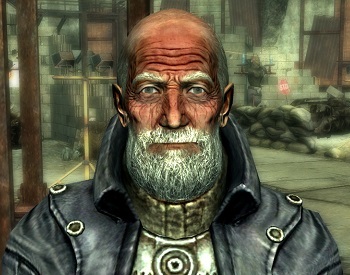 Owyn Lyons is the Elder in charge of the Columbia chapter of the Brotherhood of Steel. Sent out nearly three decades ago to investigate the area, he trekked across the entire continent with his contingent from Lost Hills to the DC region. While originally sent there to collect and store all the technology he could, his chapter of the Brotherhood eventually turned their focus to protecting the people of the Capital Wasteland and eradicating the Super Mutants. Recently, due to his deviation from the mission, the Brotherhood has stopped sending extra troops and many of his best soldiers have revolted and become the Outcasts. This has overstretched his forces, and forced him to look to recruiting from the wasteland. 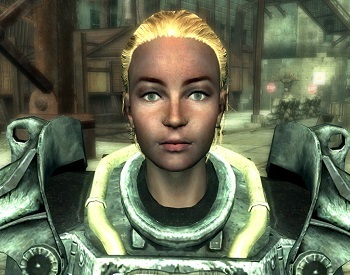 Sentinel Sarah Lyons is the daughter of Owyn Lyons, who made the trek across the continent when she was a toddler. She is now one of the best combatants under Elder Lyons' command.

Paladin Vargas is the second in command of the Lyons Pride and Sarah Lyons right hand man. 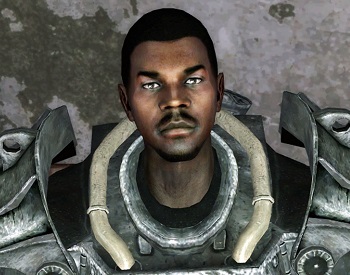 Irving Gallows is a scout and Knight Captain for the Lyons' Pride, he is not very talkative and isn't looking to make friends. Others in the Pride have even started a betting pool to try and guess his real name.

Voiced by: Gus Travers (English), Alexander Bely (Russian)
"Me? Heavy weapons. Miniguns, missile launchers... if it's bigger than a human and goes boom, I'm all over it." 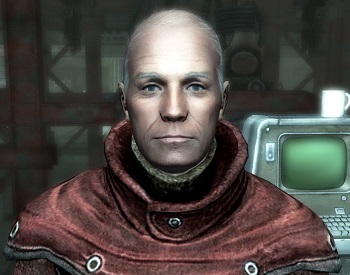 Voiced by: Duncan Hood (English), Alexander Klyukvin (Russian)
"I'm here for two reasons. One, Lyons needs me. He always has, just as much as I need him. We've been through a lot together, he and I. Two... Take a look around you. Access to this kind of technology, and the benefits it could provide to the Brotherhood, is immeasurable."

The head scribe of the Brotherhood, thus in charge of their technological and scientific endeavors. 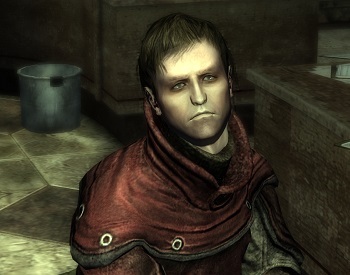 Appears in the Broken Steel add-on content: once the water's available, Elder Lyons orders that it be distributed to the good people of the Wasteland. Unfortunately, that order trickles down without anybody realizing just how much paperwork "distribute this water" involves. Anybody, that is, except Scribe Bigsley. 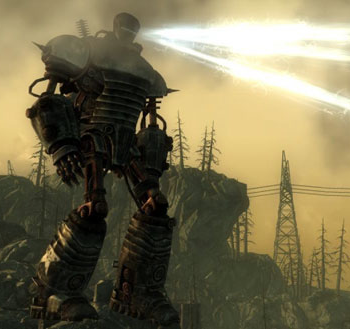 EMBRACE DEMOCRACY, OR YOU WILL BE ERADICATED!

Liberty Prime is a 40 foot tall pre-war robot constructed by the United States government, originally intended to be deployed to Alaska as a super weapon to fight the Chinese. The project was scrapped due to the massive power it took to run it, but the Prime-prototype was eventually recovered by Elder Lyons and the Brotherhood Of Steel, who are working on restoring it to working order. They eventually solve the power issues, and Prime becomes their secret weapon against the Enclave. In Fallout 4, Liberty Prime once again plays a major role in the Brotherhood storyline. Now upgraded and improved, Prime is reactivated and is used to spearhead the assault on the base of the Institute.