Characters in the Blaster Master series.

For characters introduced in Blaster Master Zero and the appearances of the Metafight cast in Zero III, check the respective page.

The original protagonist of the series, Kane Gardner is the youth chosen by NORA to pilot the Metal Attacker, a battle tank made to blast mutants invading their home planet, Sophia the 3rd. Accompanied by Metal Attacker, Gardner sets out to defeat Goez and the Invem Dark Star Army once and for all.

Kane Gardner was replaced by Jason Frudnick in the Western Blaster Master series. Despite this, his design would later serve as the basis for Jason's new design in Blaster Master Zero.

Appears in:
Metafight
Blaster Master Zero (Mentioned only)
Jennifer Cornet
A NORA scientist responsible for the creation of the Metal Attacker.

Due to the vastly different plot in the Western version of the series, she is removed completely from the Blaster Master series. However, her design serves as the basis for the character of Eve in the series reboot, Blaster Master Zero.

Appears in:
Metafight
Blaster Master Zero (Mentioned only)
Goez
The leader of the Invem Dark Star Army. Goez is also known as the Mutant Overlord, an immensely powerful mutant who commands all others in the known universe. He is the final boss of Metafight and the final obstacle Kane Gardner must face to save his planet.

In Blaster Master, Goez appears as the final boss of the game, as he does in Metafight. However, due to his near-omission from the Western version of the plot, his presence is never addressed in any other game in the series until Blaster Master Zero III.

Your average high school boy who winds up finding a battle tank below the Earth when his pet frog Fred jumps down a pit. Jason replaced Kane Gardner as the protagonist of the Blaster Master series.

The woman who would become Jason Frudnick's wife prior to the events of Blasting Again. In reality, she is the original owner of the SOPHIA-III and passes it to her and Jason's children, Roddy and Elfie, after her death. Her true origins are somehow tied to the new mystery occuring below the planet's surface.

Jason's pet frog. He escapes from his tank and comes into contact with a crate of radioactive material, causing him to become giant and jump down a hole to the mutant-infested caverns below. Part of Jason's mission involves rescuing Fred.

The son of Jason and Eve, and current pilot of SOPHIA J-7.

The daughter of Jason and Eve, and Roddy's older sister. Serves as Roddy's spotter while he's on missions. 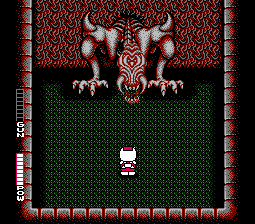 The leader behind the mutant threat in Blaster Master. The Plutonium Boss is not the final boss of the original Blaster Master, and in the original Japanese version wasn't even relevant to the plot; he became an Ascended Extra when the well-known US localization promoted him to the role of Big Bad. While it only appears in its original form in the first game, Zero and Zero II have featured variations of it as bosses. 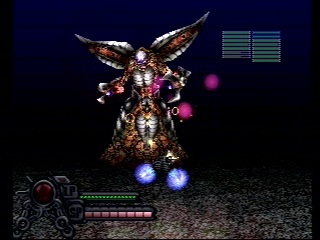 The final boss of Blasting Again, and leader of the Lightning Beings. 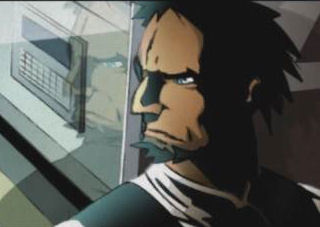 A biologist fighting to save his family from a viral outbreak.