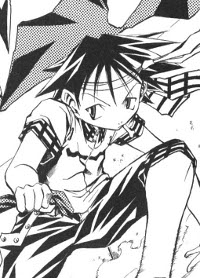 The main character of this story, who is in search of his childhood friend Emine. Very (too?) optimistic and also a huge fan of the TV Show Charisma Justice. He can draw the power of any animal by biting one of its bones, with the condition of achieving one good deed every day. 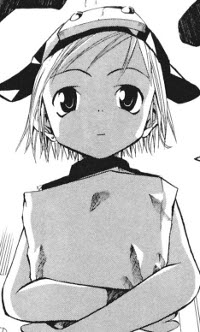 The daughter of a family of martial artists in the region of Chūgoku, who travels from town to town to collect "diplomas" (rewards) − of any kind. She meets Showtaro by crashing into him with her bike, before helping him to fight the two Clowns who abducted the prefect. She then accompanies him in his search for Emine. 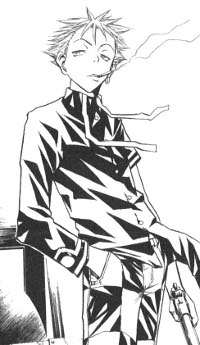 A genius (and cunning) robotic inventor, who is also very skilled with fire-arms. While rather laid-back and usually pretty nice, he nonetheless won't hesitate to kill his enemies if he thinks he has to… or so he claims. He was once the leader of an Clown-hunting unit, which got entirely wiped out by the King of Spin, Nofix.

A Kappa and old acquaintance of Yowhey, who grew up in a garbage dump and can hear the "voice of objects". He is rather feared by the inhabitants of the neighbouring town and usually doesn't meddle with humans, until he meets again with Yowhey and joins Showtaro's group to stop the Fear Factory. 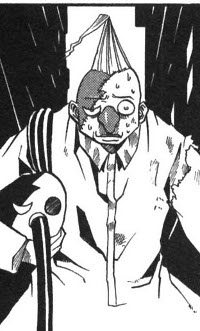 The very angry leader of the unit charged with chasing Yowhey, to kill him and get back the control chip of the Robot of Terror (the man ran away after giving them a fake chip which made the robot destroy half of the factory). He can produce all kinds of gases within his body, at the condition of executing a rather ridiculous breathing ritual once in a while.

The chief scientist of the Fear Factory, who built various combat robots. He looks like a dog for some reason. 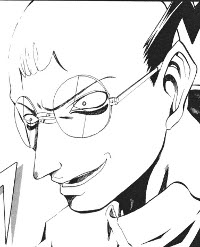 He effectively took the lead of the Fear Factory after the President got injured, and seeks to Take Over the World with the help of the Robot of Terror. He can produce light and lightning from his body, under the condition of regularly bathing in light. 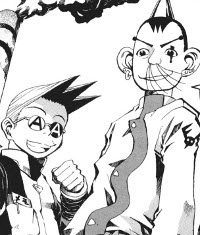 The chief of the Intelligence section of the Fear Factory, and his assistant. Zuno is a walking radio who uses his nose-hair to capture every sound, on the condition of erasing one memory for every information he gets with his power. Ashi is mostly there to remind his boss of the orders he inevitably forgets.

The King of Spin 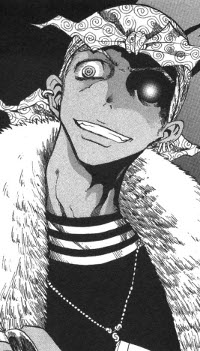 A professional killer who was hired by the Fear Factory to make the Robot of Terror work after its control chip was lost. He loves killing people more than anything and is not exactly a mentally stable person. As his title indicates, he controls the rotation of everything, from the objects around to the cells of his own body, allowing him to regenerate at will, in exchange for a short lifespan. He was actually partly in league with Emine to destroy the Fear Factory from the inside. 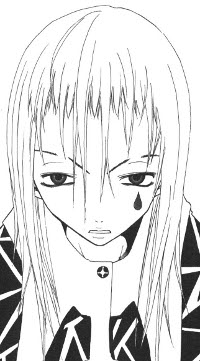 Showtaro's childhood friend, who, according to the latter, wanted to like and be liked by humans, but ended being unable to; because after awakening as a Clown, he had to fill the condition of "one evil deed every day". He stays in the shadows for most of the series. 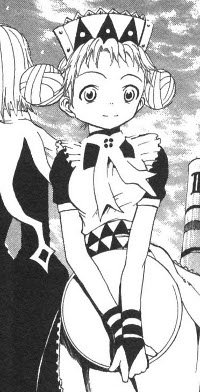 Emine's rather enthusiastic servant, who follows him and fills various missions for him, but is also happy to serve other people. With the condition of "devoting herself to someone else", she has the power to freely destroy and reconstruct her own body without pain. 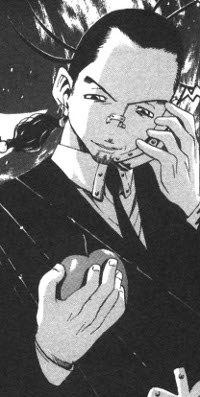 The very apple-themed ally of Emine and Lin, who has come to help them eliminate opposing factions before the Gathering of the Masks. He has to feed only on apples and in exchange has total control over his movement ability, allowing him to move incredibly fast or ignore his own weight. 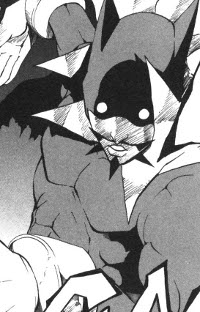 The hero of a show Showtaro is a huge fan of. The one in the show is based on a real CJ − who is a very real and powerful super-hero.

Two Clown brothers who abduct the prefect of Toykyo in the first chapter and impersonate this very prefect and the hero Charisma Justice. They can copy other people's appearance (among other things) by manipulating the water within their body, under the condition of eating only dried food. 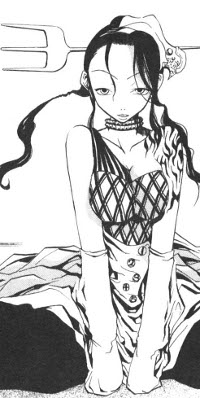 A beautiful medium Clown who works in Toykyo and provides notoriously accurate predictions for free. Showtaro and Mana meet her in the second chapter.