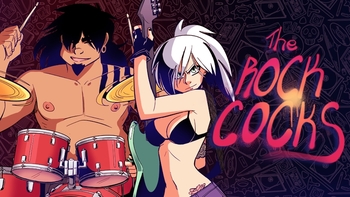 The comic can be found by following links from their patreon

. (We do not provide a direct link due to the occasional NSFW and general risqué nature of the strip.)