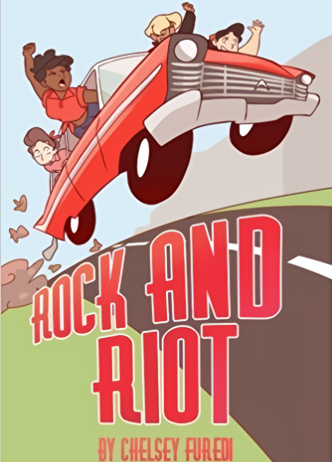 is a Webcomic by Chelsey Furedi.
Advertisement:

It's about two rival teenage greaser gangs in the 1950's (the Jaquettes, an all-girl gang, lead by Connie, vs The Rollers, an entirely male gang, lead by Frankie), with an overall LGBT theme. It's a Slice of Life, romance, and comedy all in one.

Rock and Riot provides examples of the following tropes: