Webcomic / Rise Of The Heroes 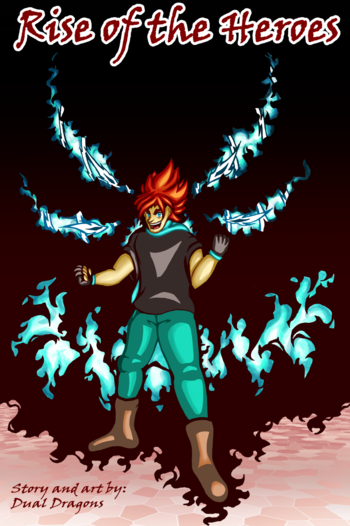 Is it just me, or does Andrew's shadow not match its owner?
Advertisement:

Rise of the Heroes (abbreviated as Roth) is a webcomic uploaded on Tapas and Webtoon, uploaded by the user Dual Dragons. It was first published on August 24th, 2018.

Roth follows the journey of the teenage sorcerer Andrew Lacondore, who is determined to save his father from spiralling down his own rage and darkness within. Of course, Andrew is charismatic enough to convince others to help him on his quest... or so he thinks.Will Andrew succeed in saving his dad, or will he succumb to the very same curse?

Rise of the Heroes contains examples of: