Rocky the Rock is a Webcomic created by Diego Palacios, it can be read on Tapas 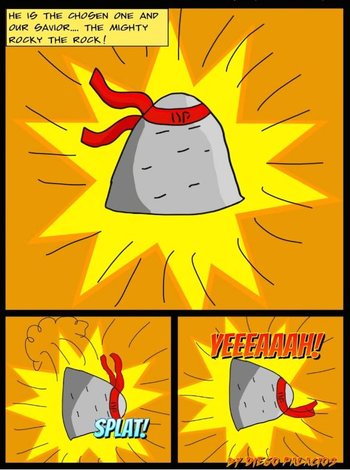 Rocky is the strongest, the bravest and the fiercest! His defense is unbreakable! And he is...a Rock... Yes an actual bouldering rock!.Join him in his fight against the forces of evil and behold the amazing feats of this inanimate object!

Rocky the Rock shows examples of