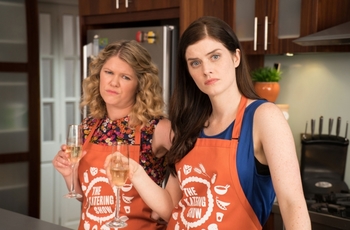 Billed as "The journey of a food intolerant and an intolerable foodie", the show revolves around McLennan's not-very-successful attempts to produce food that intolerance-sufferer McCartney can eat. Whether she actually wants to eat it, is another matter entirely. (Most of the time, the answer is no.) Along the way, the pair overshare, argue Like an Old Married Couple, and snark mightily about food culture and life in general.

The show debuted on YouTube with a run of six episodes in 2015. The "Thermomix" episode in particular went viral, and The ABC stepped in to part-fund a second run, which debuted on ABC's online iView service in 2016.

The Kates would team up again in 2017 for television series Get Krack!n.