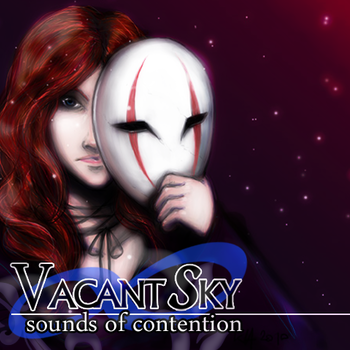 I died once.
Auria Edith
Advertisement:

The first volume, 'contention', is split into three acts, which together tell the story of Auria, a girl who is murdered by a cop that would escort her to her father's house and then after entering "The Void", a world that exists within her mind, she wakes up in the middle of Alibaas, a spiritual land located across the world from the United Provincies, where she lives. In Alibaas she meets Serijala and Zaqris, two individuals willing ( well, Seri is at least) to help her find the way home since they both have to reach Banivia and Auria can find a ship there that will take her home. But then she finds herself being pursued by a mysterious organisation known as the Virad and while they are all running for their lifes, Auria discovers more about herself and untangle the secrets behind the Virad and the world she lives in.

It has an original story, entertaining characters, and a phenomenal soundtrack.