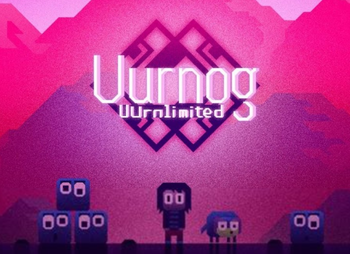 Uurnog is described by its creator as a "whimsical collect 'em up platformer", and it uses pick-up mechanics similar to Lyle in Cube Sector and Super Mario Bros. 2. In it, you need to get one of every creature on the planet and put them in the save room — the only room that doesn't reset if you die.
Advertisement:

It's currently only available through the Humble Store

, is on Steam as well as the Nintendo Switch.