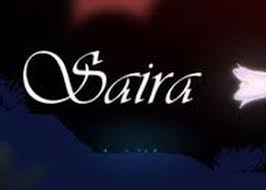 is a 2D puzzle platformer for the PC, developed by Nifflas, the creator of Within A Deep Forest, Knytt, and Knytt Stories. The game combines the classic platforming of his earlier games and the whole Metroidvania genre, plus creative and sometimes frustrating puzzles, and lots of photographic detail in the game's visuals. In fact, while the developer spent quite a bit of time outdoors snapping photographs, you as the player will likely be snapping photographs in-game. Unlike Nifflas' earlier games, Saira's storyline, while fairly simple, isn't really an Excuse Plot. Instead it adds a degree of depth to your adventures.

The summary of the plot is described as thus:

"Saira teleported herself to Mars, but when she reached the planet all other humans in the galaxy had mysteriously disappeared. Now, how does something like that happen?"

It is now available for free at the official website.