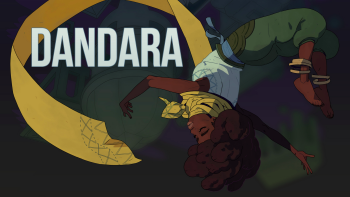 Dandara is a Unity Metroidvania game with aspects of Soulslike RPG developed by Long Hat House and released in February 2018. The game stars a young explorer who cannot run or jump at all — instead, she has the ability to zip from one flat white surface to another. Disorientation is common as she moves between walls, ceilings, and any other flat surface within sight. Dandara herself is a supernatural explorer that is awoken one day to a world oppressed by supernatural evil, and is tasked with the role of clearing it all. An Expansion Pack called "Trials of Fear" was released on Mar 5, 2020.

The game was designed with Ancient Brazilian Folklore in mind and takes place within a fictional depiction of Ancient Brazil. Dandara herself was loosely based on a real Afro-Brazilian warrior.