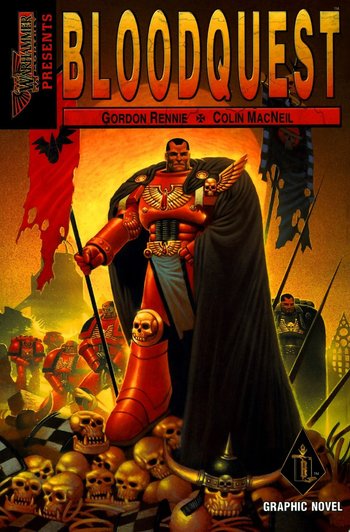 The Bloodquest series was a three-part graphic novel set in the Warhammer40000 universe, by Gordon Rennie and illustrated by Colin MacNeil. It follows the story of Blood Angels Space Marine Captain Leonatos, who is sent on a quest to retrieve the Sword of Belarius, an very important relic to their Chapter that he himself lost.