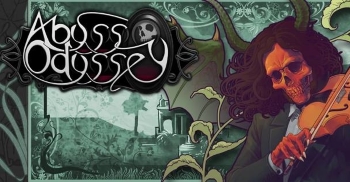 Abyss Odyssey is a side-scrolling Beat 'em Up with Fighting Game and Roguelike elements by ACE Team, creators of the Zeno Clash series and Rock of Ages, and distribuited by Atlus.

The eponymous Abyss is the creation of a powerful warlock's nightmares come to life, and it is threatening to engulf all of Chile. The three main characters — Katrien, the Ghost Monk, and the Pincoya — each delve into the Abyss for their own reasons, all seeking to either awaken or slay the Warlock.

Not to be confused with Abe's Oddysee, the first game in the Oddworld series.