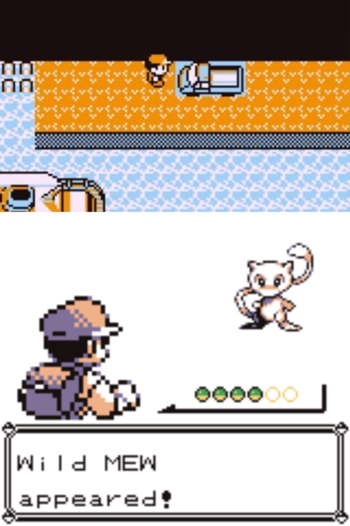 There's no Pokémon under a truck
Maybe you'll just find a Muk!
When the first games released back in 1996, there were strange rumors of a mysterious 151st Pokémon that couldn't be gotten by normal means. No, you'd have to do bizarre tactics like using Teleport/Fly as soon as a trainer with specific Mons sees you

. This (and many other ridiculous glitches) ended up being completely true, and as a result, laid the groundwork for countless fans to believe that some of the crazy ideas listed below were just as likely.