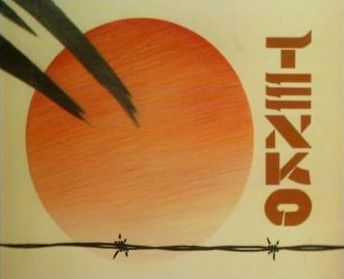 Tenko is a television drama, co-produced by the BBC and the ABC. A total of thirty episodes were produced over three series between 1981 and 1984, followed by a one-off special (which was twice the length of the other episodes), Tenko Reunion, in 1985.

The series dealt with the experiences of British, Australian and Dutch women who were captured after the Fall of Singapore in February 1942, after the Japanese invasion, and held in a fictional Japanese internment camp on a Japanese-occupied island between Singapore and Australia. Having been separated from their husbands, herded into makeshift holding camps and largely forgotten by the British War Office, the women have to learn to cope with appalling living conditions, malnutrition, disease, violence and death.