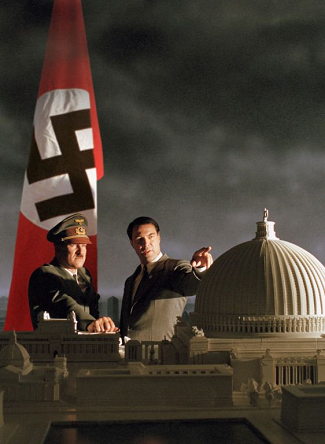 Speer und Er (Speer and Him) is a 2005 German docudrama biopic Mini Series about Nazi Germany's chief architect and (from 1942 onwards) Minister of Armaments Albert Speer (Sebastian Koch). Split into three episodes, it covers Speer's relationship with Adolf Hitler (Tobias Moretti) before and during World War II, the Nuremberg Trials, and his twenty-year imprisonment for war crimes.