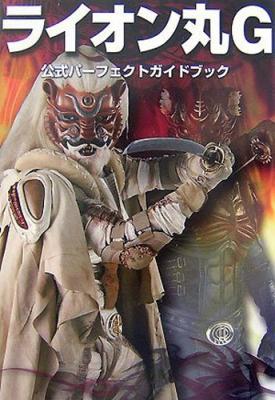 Lion Maru G is a Toku series airing from October to November 2006.

Shishimaru is an Unlucky Everydude eking out a living in Neo-Kabuki-Cho as a 'host' in an exclusive club, who gets unwittingly wrapped up in the predominant gang violence in the city. An old man tells him that this was no accident, and hands him the legendary sword Kinsachi, explaining his true destiny as the next Lion Maru. And if that wasn't enough to take in all at once, someone out there's got the only weapon equal to its power, the Ginsachi, meaning that Shishimaru is in for at least one fight for his life...

The series itself, from the makers of GARO, is a followup to the classic Toku Kaiketsu Lion Maru and its sequel Fuun Lion Maru. The "G" addendum stands for "Ghetto"; or alternatively "Gigolo".