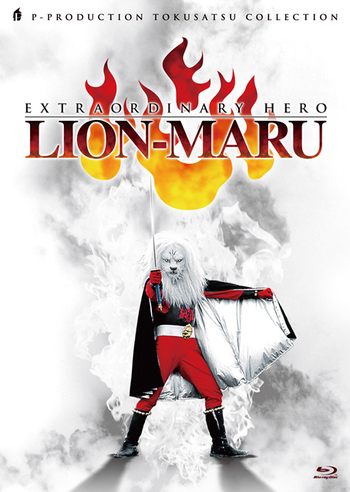 Kaiketsu Lion-Maru was a tokusatsu series running from April 1, 1972 - April 7, 1973 with a total of 54 episodes.During the late 16th century, a trio of ninja orphans are wandering Japan and saving people from evil, specifically the evil Devil Gosun. These people consist of kid ninja Kosuke, kunoichi Saori and an adult ninja named Shishimaru... who can transform into a lion-headed Samurai named Lionmaru.